Desperation is in the air, the most obvious indications of this are the crazy memes that are making the rounds in the social network universe and are being disseminated by the Obama campaign.  After Obama’s now infamous debate performance the campaign first tried the “Liar, Liar, pants on fire!” meme on Romney. 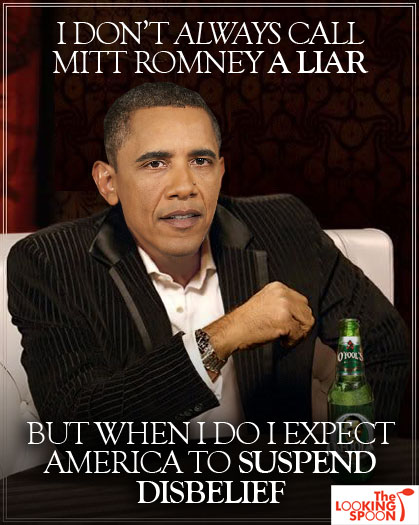 I was more than a bit amused when it was pointed out that Obama made just as many “fibs” as Romney.  And, that it didn’t matter anyway since the most glaring difference between Romney and Obama Wednesday night was that Romney looked Presidential and that he had the gravitas (balls) to actually get the country untracked.  It almost didn’t even matter what he said… Obama looked beaten and not up to the task.

So on Friday, some good news for Obama… finally an unemployment rate under 8%.  So another new meme was unleashed. 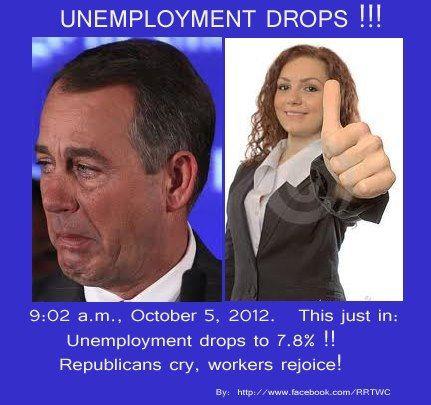 It seemed odd to me that the administration was celebrating a number like this when there were still 20 million out of work.  But, once the talking heads started debating the truthiness of the number this meme seemed to fizzle as well.

So this bring us to the newest, most outlandish and seemingly most desperate meme yet (Oh and my favorite too by the by)… Romney wants to KILL Big Bird! (gasp)

This afternoon I was surfing the news channels and I stopped for a second on The Rachel Maddow show and she was just so upset that Romney wanted to end the subsidy for PBS and that she thought that Romney had made a huge gaffe by bringing up the yellow fowl.  She actually made the case that Obama was right to keep bringing out the supposed gaffe and that it was the one thing that people remembered about the debate and was talking about.  Too bad for her that her following guest E.J. Dionne didn’t support her thoughts and then proceeded to detail a different attack on Romney… Oh well just when I was enjoying a meme.  I’ll be looking forward to the next ridiculous attempt…. Here’s to HOPING it’s a good one… 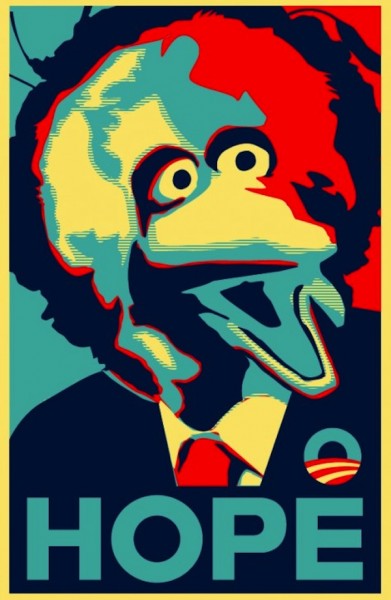 Be the first to comment on "Wow that’s a Big Bird!"