OK, so that’s not a direct quote, but that’s the gist of his words, looking back at this interview on Good Morning America before the election. Watching it now, seeing one Obama cabinet appointee after another being outed as a tax cheat, one can’t help but feel that Vice President Biden was speaking to the Democratic politicians of the future.

In September of 2008 we found that Democratic Representative Charles B. Rangel failed to report $75,000 of income on some property in the Dominican Republic since 1988. The defense for Rangel was written by the New York Times as:

“… the congressman did not realize he had to declare the money as income, and was unaware of the semiannual payments from the resort because his wife, Alma, handled the family finances and conferred with their accountant, John Viardi, on tax matters.”

Then, of course, there’s Timothy Geithner, the new Treasury Secretary – a position that oversees the IRS, mind you – who failed to pay $42,000 in taxes (Newsbusters). It was nice, of course, to have Democrats Tom Daschle and Nancy Killefer withdraw their nominations.

Daschle is the former Democratic Senator and Senate Majority Leader recently nominated by President Obama to force government controlled healthcare down our throats as the Secretary of Health and Human Services. Unfortunately, he owed approximately $140,000 of unpaid taxes. 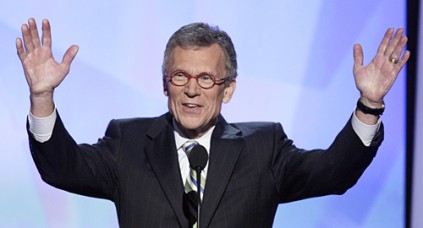 Killefer was nominated as the chief performance officer, which I believe is a position simply made-up by President Obama that strings together three authoritative words in its title. Who really knows what this person does? Killefer apparently has a lien on her home of roughly $1000, which is only 10% of the plastic surgery cost to make her look pretty.

Reading the Internet today and the justified Conservative headshaking, I find that the Liberals are functioning in one of two modes: 1. They’re in hiding, because to defend these outed tax cheats is moronic. 2. They’re moronically defending these outed tax cheats by going on the offensive, stating, “After the corruption of the last eight years, Democrats deserve a pass!” In other words, “Blame Bush.”

When they’re really pushed, Liberals start taking swipes at Joe the Plumber. “He has lien on his house, too!” they cry. In his defense, I believe he couldn’t afford to pay his taxes. He didn’t “fail to pay” because he didn’t understand how to use Turbo Tax. Also, he isn’t in an authoritative position, like, say…the overseer of the IRS.

The argument I love the most from Liberals is: “Let’s investigate all of the Republican’s tax histories and see how many of them are tax cheats!” This argument assumes that Conservatives don’t mind corruption as long as it’s within the party. Maybe Conservatives will put up with adulterers and other moral violators, but a tax cheat? No way. I say investigate everyone and kick the corrupted out. I thought that was what President Obama was all about. Where is the change I can believe in?

I think what I enjoy most about President Obama’s concession is how reactionary it is. Just a few days ago he was “standing behind Daschle.” Today, he “screwed up.”

Oh, the question that’ll really bake your noodle later on is: “Would President Obama be so meek if Daschle didn’t withdraw?”

Now, he’s “frustrated with himself” and wants to show the American public that there aren’t different rules for rich people and poor people. If you or I ever fail to pay taxes I hope we can benefit from the same rules as Timothy Geithner.

Be the first to comment on "Joe Biden: “Democrats are unpatriotic.”"