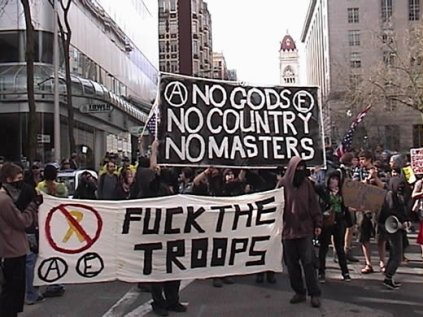 Don't hold back. Tell us how you really feel.

That’s the way it just needs to be. This past election was a giant Oxy Pad, wiping away the caked on makeup off the face of America. All that’s left is a tired expression and weathered wrinkles deep enough to be crevasses. And that’s where the population of America stands: on either sides of these deeply engrained lines, screaming obscenities at each other, because at the end of the day, if you think differently than I do and your thinking affects my life, then I probably hate you.

And you hate me right back.

But at least we know where we both stand. We have at least that! I’m tired of all this bullshit about bringing the country together and bridging gaps, because it’s not going to happen. How does your average American meet the people in the picture half way? Those people don’t even want a country! What’s half of that?

But then you get bullshit like “from52to48withlove” and it’s supposed to make the conservative population feel all warm and fuzzy inside and forget about the slander they had to endure all over the Internet and in the mainstream media.

But it sure as hell ain’t going to make any Republican forget this shit: 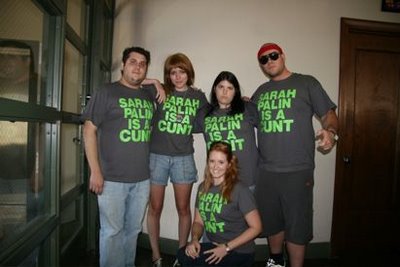 In this post-racist world, it's nice to see misogyny is alive and well.

So let’s dispense with the false sentimentalities. We all hate each other and we’ll use whatever double standards we can to our advantage. Welcome to the fucking war.