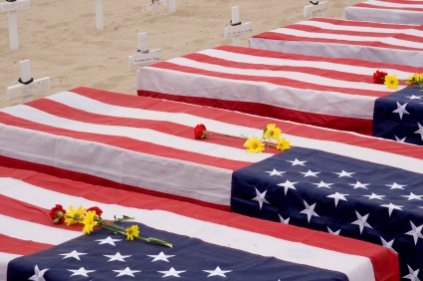 Toe the party line no more.

I am NOT a Republican.

At least not anymore.

I remember the days of going into the voting booth and voting down the party line. I remember blissfully believing the beautiful rhetoric coming from the Republicans of low taxes, less regulation and small government and thinking these are all good things and I was happy. I guess I wasn’t alone. Since 2000 the masses of the USA like myself backed the Republican ideals and beginning with George W. Bush began voting in Republicans more quickly than any time in recent memory.

Again, I was happy.

Then something strange happened.

These Republicans in whom we so happily put our trust began doing things that didn’t make sense. They associated themselves with unethical scum, created frivolous legislation and worst of all spent like drunken sailors. At least Bush lowered taxes for everyone (including businesses). The hope of smaller government and a surplus budget died along with the their values. With Republicans like these who needed Democrats. It almost made you long for the days of Bill Clinton and Newt Gingrich… Almost.

What happened next was predictable.

We stopped voting for them. And in two elections, 2006 and 2008, not only were the Republican gains gone but majorities in both houses had evaporated and the Democrats had once again gained control of Congress and the Presidency. Now some may claim that war weariness is to blame for the current Republican predicament but anger over lost values became apparent when the masses elected a man with no discernible experience to the US Presidency, arguably the most powerful position in the world. What we did was tantamount to promoting the mail clerk to CEO. What would the media think if the President-elect appointed someone with commensurate experience to one of his cabinet posts? Ever heard of Mike Brown? In any event, the election ended closer than most thought, 52 to 48, and exit polls showed that the Right simply could not be bothered to vote for another moderate Republican. Might have a conservative won?

It was out of this new debacle that a Republican died and a Conservative was born. And after deliberate introspection I realized that I too was angry along with many in this Center-Right country.

All I wanted was less government.

It is with this simple criteria that I will judge every politician and every political act. Going forward, expect from me that I will critique harshly all government actions with a conservative eye and work hard to fill our government from the Executive to the Legislative to the Judiciary with Conservatives from any party and I ask all Conservatives not to settle, demand conservative candidates and demand conservative actions from our current representatives. In this way we will reverse our current march toward socialism and return to the values our Founding Fathers would be proud of.

3 Comments on "Death of a Republican"